Toscani, well known commercial photographer, decided to shoot in the streets of Rome for the french fashion magazine “Jaluose”.
The whole shooting has been realized with the support, organization and equipment of Studio154 Production situated in Rome.

Backstage of the shooting:

Studio154 (www.studio154production.com) has the honor to work with one of the most important international photographer, Oliviero Toscani.

Toscani realized a new fashion editorial for a special number of the french magazine “Jalouse“ fully dedicated to italy. His intention was to shoot a model in front of the most popular monuments and locations in Rome and at the same time he gives a sense of abstraction from the surroundings putting a white photographic backdrop behind the model. Since the time was short and we need to have all the pictures done in one day we scheduled all the day with the photographer planning in advance all the movements. We Provide a motor home for the make up of the model and a van with all the necessary permits to drive downtown Rome, to move fast all the photographer’s team. Our photography assistants prepared the same set many times as they needed so they worked with battery charged equipment, easy to moove around. Here is the light equipment list chosen by the photographer:

Profoto Pro7b are the battery flash most used in the photographic world for outside location. They are made of a battery flash pack up to 1200watt, where you can connect up to 2 flash stropes that you can control separately. They are compact, fast and work with replaceable batteries up to 200 and 800 photos lasting. The Photographer used the new digital camera Canon 5D Mark III, with a 22MP sensor and full HD recording. This camera is the second evolution of the new generation cameras Canon 5D, better longer life and versatile of the last years. After a wonderful sun day in the best location in Rome, we finished everything, shooting the last picture in front of the San Pietro Basilica after the sunset. 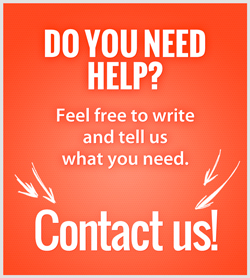